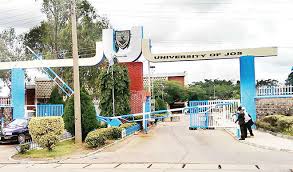 The selection of a New Principal Academic and administrative Officer for the Prestigious University of Jos, Plateau State which could have been concluded in April, 2021 in line with the intention of the Joint Council and Senate Selection Board is still lingering without any definite position.

The transparent process of selection started on 23rd December, 2020 through an advert by the Chairman of the Council, a process which was expected to be completed in April, 2021.

The Council after the advertisement for the position of the Vice-Chancellor took another bold and honest step of constituting a Search Team with the mandate to search for an eligible candidate for the post of the Vice Chancellor of the Institution.

The then Chairman of the Council and Pro-Chancellor of the University, Prince Tony Momoh died in February, 2021 while the processes were ongoing which led to the emergence of Dr. (Mrs.) Philomena Mutbam who was duly elected by the subsisting Council Members to preside over the Governing Council’s meeting for the day in full compliance with the provision of the University of Jos Act Cap U8 LFN 2004, Third Schedule, Article 1(7) which states that, “if the Pro-Chancellor is not present at a meeting of the Council, such other Member of the Council present at the meeting as the Council may appoint as respects that meeting shall be the Chairman at that meeting, and subject to Section 4 of the Act and the forgoing provision of this paragraph, the Council may regulate its own procedure.”

The University of Jos Governing Council Standing Order Article 9 Further supports the above stating that, “if the Chairman is not present at the meeting as the Council may appoint as respects that meeting shall be the Chairman of that meeting.”

Going by an investigation, Council had met and taken the Search Team report and also went further to elect those to represent it on the Selection Board (Interview Panel).
The Senate also elected two Members of the Selection Board in an emergency meeting it held on the 8th of March, 2021

It was also gathered that the Selection Board swung into action and had commenced work in earnest to ensure a Substantive Vice-Chancellor is selected. This could be seen when it met and shortlisted Candidates from those who applied for the position.

As the process congressed, a letter dated 16th April, 2021 addressed to the Members of the Council emanated from the Registrar of the University, Mr. Monday M. Danjem who doubles as the Secretary of the Council with the title “Suspension of the Processes for the Appointment of a New Vice-Chancellor for the University of Jos” which was a directive from the Executive Secretary of the National Universities Commission (NUC), Prof. Abubakar Abdulrasheed.

Interestingly, Dr. Philomena Mutbam who was the acting Chairman of the Governing Council following her election by Members carried out activities of such office such as approval of promotions, Finance & General Purpose Meetings, procurements etc which were never considered illegal by the Supervising Ministry (Federal Ministry of Education).

The stalling of the almost concluded selection processes came with mixed reactions and feelings that there is undue interference and influence which has undermined the work of the Selection Board.

What is more disturbing is the fact that the directive by the Executive Secretary NUC to Members of the Council to discontinue the selection processes which had gone deep into its conclusion.

Except for such directive, the selection of a substantive Vice-Chancellor for the University will have been completed and announced.

The Executive Secretary of NUC reserves no power to direct the suspension of the selection process and cannot interfere on same.

The NUC which was established in 1974 has the mandates to carry out regulatory, supervisory and accreditation roles only. These roles do not include Administrative supervision.

The NUC Act (1974) specifies the functions of the NUC to include: advising the President and State Governors, through the Minister, on the creation of new universities and other degree-awarding institutions in Nigeria; preparing, after consultation with the State Governments, the universities, the national manpower Board and such other bodies as it considers appropriate, periodic (physical) master plans for the balanced and co-coordinated (infrastructural) development of all universities in Nigeria; laying down Minimum Academic Standards in the Federal Republic of Nigeria and accrediting their degrees and other academic awards. The NUC is also empowered to ensure that quality is maintained within the academic programmes of the Nigerian University System. It might carry out other investigations as provided in the Act, on any other matter relating to “Higher Education” (academic affairs), but not Administrative structures.

According to the Universities (Miscellaneous Provisions) Amendment) Act 2003 Section (1), “The Governing Council of a university shall be free in the discharge of its functions and exercise of its responsibilities for the good management, growth and development of the university.” These functions and responsibilities according to the Act include the appointment and/or removal of a Vice Chancellor in accordance with the Act. Not even the President has powers to appoint or sack a Vice Chancellor except through the Governing Board.

But as we speak, the tenure of the Governing Council elapsed on the 8th of May, 2021 and in the wake of the suspension of the selection processes, a New Pro-Chancellor was appointed for the University in person of Prof. Attahiru Jega.

While no one is casting aspersion on the competence and/or person of Prof. Jega who has a track record of integrity and probity in addition to being the immediate past Pro-Chancellor of the Plateau State University Bokkos, many see his emergence as ploy to enthrone the candidate of the power that be.

The question now us who are the people to complete the stalled selection processes since the tenure of the Governing Council has expired?

Are they trying to start the processes all over from the scratch or will they call back the Dr. Philomena Mutbam-led Selection Board to complete what it had started earlier so the University will have a substantive Vice-Chancellor before the expiration of the tenure of the present Vice-Chancellor, Prof. Sebastine Seddi Maimako on 23rd June, 2021?

In all honesty, can Prof. Jega preside over this selection process where his Brother is one of the 13 Candidates vying for this Office without bias? As in the celebrated case of Justice Zainab Adamu Bulkachuwa JSC as she then was, where she recused herself from the 2019 Presidential Election Tribunal due to the APC Membership of her husband.

Why are other persons having interest on what should have been a seamless and transparent selection ritual?

Worthy of note is the contradiction where a similar process in the University of Benin when the Chairman of the Council resigned to contest an election in 2019. Other members of Council met and elected an acting Chairman who all through the remaining selection process presided over the process that saw the emergence of the current Vice-Chancellor of that Institution, Prof. Lilian Salami without any form of acrimony and was endorsed by the supervising Ministry while that of of University of Jos was considered an aberration and the process halted.

This is quite appalling and ridiculous as well as a display of impunity and total abuse of the extant Laws of the University of Jos since the processes had already started and reached advanced stage.

It is disheartening to start the process afresh or where applicants who hitherto were not part of the process to be included while others are barred due to age or other circumstances due to the elongation of the process or to favor someone who wouldn’t had made it to the choice of the Selection Board if it allowed to continue unabated.

This show of shame as displayed by NUC has the propensity of truncating the fragile peace in the State as the bubble of rage may burst puncturing the hard earned peace being enjoyed in the State at the moment.

There is need for all patriotic Nigerians to rise up and challenge anything short of a transparent selection process.
Anything short of what the Selection Board was doing will mar the integrity and jeopardize the processes which may affect the choice of a more credible, competent and visionary Academic and Administrative Head for the University.

It will be good if due process which has started is adhered and external influence discarded to give our educational system the best hand to manage both the human and material resources for a more prosperous and productive Nation.

It is now the duty of the Minister of Education to ensure that the selection process for the emergence of a New Vice Chancellor is completed.

From interactions with various youth groups and opinion leaders in the State, anything short of due process in the selection of a New Vice-Chancellor for the University will be vehemently resisted and may throw the peaceful academic transition in the University into jeopardy as was seen in the last peaceful protest.