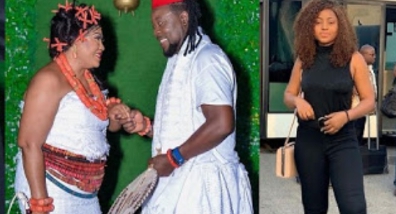 Nollywood actress, Rita Daniels has set the social media on fire as she released a love video with her husband, @zuka.larry.

Reacting to the video, her daughter, Regina Daniels asked the mother, “what is going on here”.

Well, in a new development, Rita Daniels took to her Instagram handle and shared a video that captures some moments from her alleged secret traditional wedding ceremony with her young lover and she captioned ‘My love story’ and attached love emojis to it.

Regina Daniels who seem confused as to what was going on, she took to the comment section to ask what was happening as she could not understand the motive behind the video shared and the caption 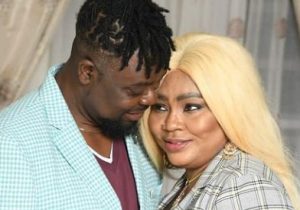 @jjc1 wrote; “What’s going on is that ur mama is getting married to a younger Ned just that this one no too owe 😂

@joshsebastiian wrote; “A lot is going on with that family. I hear say Regina brother dey collect inspirational quotes from Jamie Lannister 🚴💨💨💨

@oiz_gfd wrote; “You were not informed too? What about waec, principal? Na only you waka come??😂😂😂