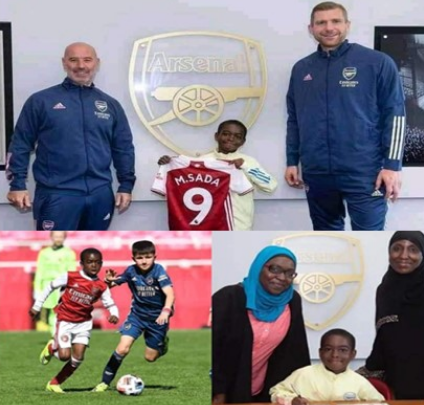 The wonderkid dons the number 9 jersey for Arsenal underage team. 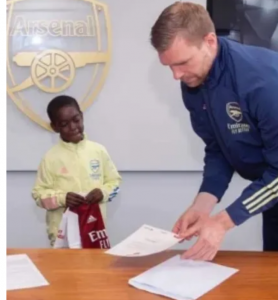 Sada signed the contract in the presence of his parents and manager in England.

“Arsenal FC have signed a 9 year old Nigerian. Munnir Muhammed Sada an indigene of Zaria LG of Kaduna State is expected to be playing for the youth soccer team of Arsenal FC,” he wrote.

I’m Single And I Love Women, You Can Hit Me Up – Super Eagles Goalie, Maduka Okoye Tells Women ‘Dy!ng For Him’ (Video)

Terrorism: When A Muslim Or Christian Commits Cr!me, Blame The Individuals Not Their Religions – Footballer Abba Bichi Tells Nigerians

Ahmed Musa Reacts To Female Preacher’s Comment Who Say All Football Stars Shall Go To H.ell When They D!e (Video)