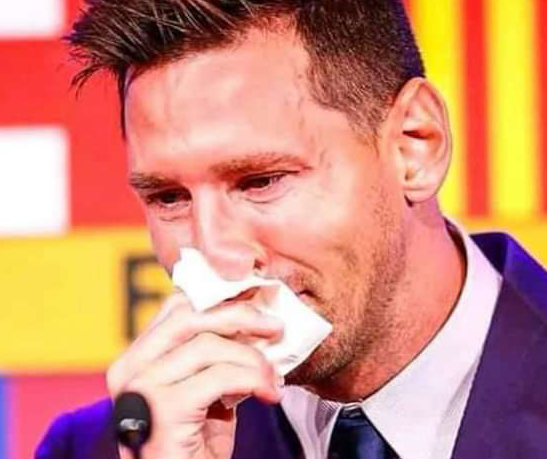 Information reaching Becksblog.com.ng, that the tissue used by Lionel Messi, a former Barcelona star and Argentina football player during is farewell speech from Barcelona, is up for sale.

It’s being auctioned for $1M dollars

Antonella his wife gave him to wipe his tears during his farewell conference. It was later picked up by a person and announced that it would be sold for one million dollars.

During his farewell, Messi said;
“It is the worst moment of my life. I felt the love of the people and reciprocated their love and respect here.”

The person further went on to say the tissue contains Messi’s DNA in case the buyer wants to clone him.

Rihanna Has Not Given Birth Yet

Just In: Jada Pinkett Smith Admits “She Never Wanted To Màrry Will Smith”