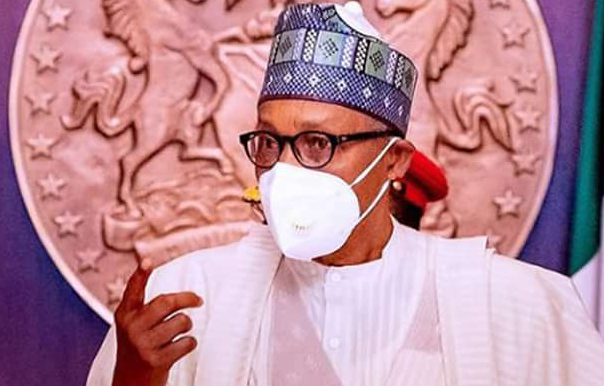 The Peoples Democratic Party (PDP) has said, President Muhammadu Buhari does not deserve the title of the commander-In-chief of armed forces because of his failure to tackle the prevailing security challenges in the country, PremiumTimes reports.

It said Mr Buhari’s “failure to effectively lead from the fronts against bandits and terrorists ravaging our nation” and recent comments from two of his appointees clearly underscored the president’s capacity.

The main opposition party stated this in a statement by its spokesperson, Kola Ologbondiyan, on Sunday.

The immediate past Chief of Army Staff, Tukur Buratai, said last week that Nigeria may wallow in insecurity for another 20 years if under-development continues in many communities.

“The military alone cannot solve this. There should be hospitals, schools, roads and government presence in these communities. There are so many ungovernable spaces and until these spaces have government presence, it will not be resolved,” Mr Buaratai told the Senate Committee on Foreign Affairs screening him for an ambassadorial position.

Earlier, the Minister of Defence, Bashir Magashi, attracted criticism for urging Nigerians not to “be cowards” and ”confront armed bandits”.

“I don’t know why people are running from minor things like that. They should stand and let these people know that even the villagers have the competency and capabilities to defend themselves,” he said.

‘Shocking’
The PDP said such comments exposed the lack of determination on the part of the Buhari administration to fight insurgents and bandits and therefore emboldens them to unleash terror on Nigerians.

“Such tendencies against Nigerians exposes the lack of determination by the Buhari administration to fight insurgents which, in turn, emboldens the outlaws who had earlier been pushed to the fringes under the PDP administration, to resurge to unleash terror on our compatriots,” it said.

“Nigerians have not forgotten the embarrassing situation where it took Chadian President Idris Derby to personally lead his troops into our territories to rout out insurgents and free Nigerian communities, as well as our soldiers, held captive by terrorists, while our President recedes into the comfort and safety of the inner recesses of the Aso Presidential villa.

“Indeed, a Commander-in-Chief that cannot lead from the fronts, as President Buhari promised to, and who blames everyone but himself for his own failures, leaves much to be desired.”