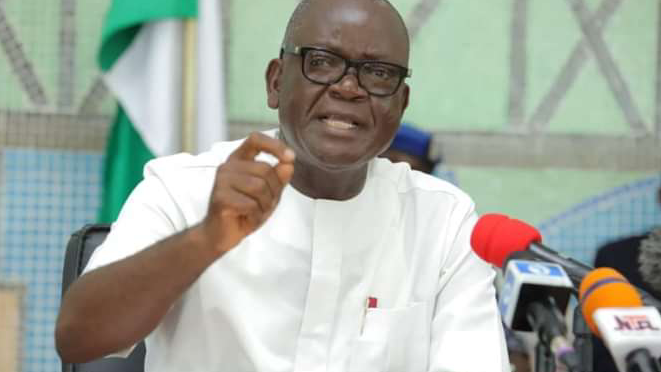 The governor of Benue state, Samuel Ortom, has revealed that his citizens are accusing him of not adding value to their lives.

According to the governor, that most of the men in the town, all they know how to do best, is to go to a beer parlour and drink alcohol from 9am to evening.

He said instead of his critics to be diligent like some ethnic groups resident in the state, they rather choose to castigate him.

The governor made the remarks when he commissioned a mega Pentecostal Church, the Remnant Christian Network Embassy’s new edifice in Makurdi.

He said; “If you go round Makurdi town, our people start drinking beer from 9 am and some from there, they will go to sleep and they come back and insult the governor for not helping them to add value to their lives.

“Every new building that you see in Benue State, they say that it’s Samuel Ortom that is building; he is stealing and doing that.

“In politics, people say a lot of things: blackmail, insults and intimidation, you face all sorts of things no matter what you do with the people, they always find something around.”

He however, urge all Christians to be diligent in their walk of faith to experience God’s blessings in their lives.

He also congratulated the founder of the church, Apostle Arome Osayi, and his wife and all those who contributed to the seed sown to the construction of the church building.